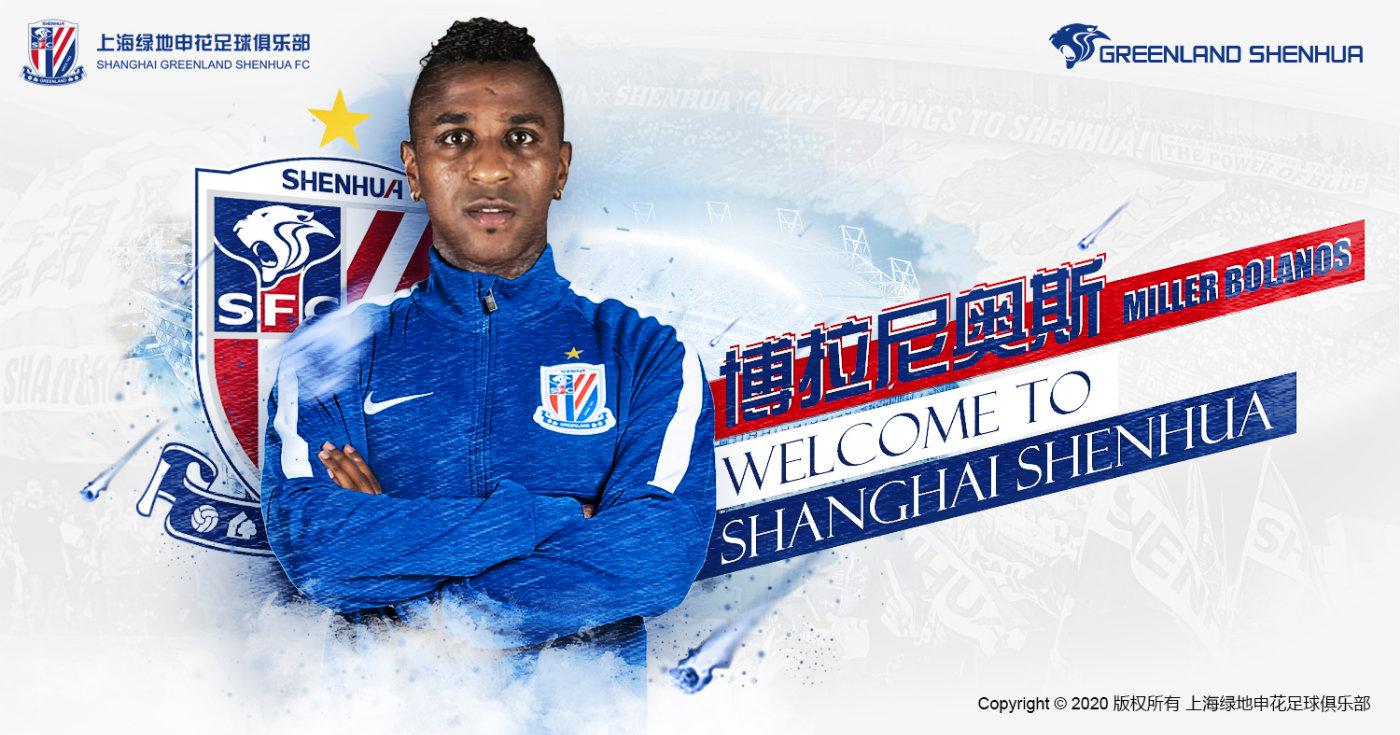 In the afternoon of the day after tomorrow, Shenhua will end the holiday and regroup at the Kangqiao base to prepare for the second stage of the Chinese Super League that will start on October 16. The new aid Bolanos will participate in the team's training for the first time the day after tomorrow.

About 5 years ago, Bolaños almost came to China. At that time, Evergrande had made him a focus of investigation and made contact. Later, for various reasons, Bolaños passed by the Chinese Super League. After 5 years, he finally came to the Super League.

The day after tomorrow, that is, on October 3, Bolaños will meet his new teammates for the first time to participate in the team’s training and prepare for the upcoming second stage of the league. In the Shenhua team, there are Bolaños teammate Martinez in the Ecuador national team, and Moreno, who is also from South America, speaks the same language, which will help him to integrate into the team as soon as possible. During his isolation medical observation period, Bolaños has also learned about Shenhua's tactical characteristics and the playing habits of his new teammates through broadcasts and game videos.

Bolaños replaced the registered quota of Shalawi, who was temporarily rented back to Europe, and Shenhua agreed to short-term rental of Shalawi back to Europe until January next year. This time Shenhua signed short-term contracts with Bolaños and Martinez, and the contracts will run until the end of this year. However, the players are very confident in themselves. Bolanos said that by the end of the year, he believes that his performance will win the club's recognition and will get the club's new long-term contract.

Bolaños will first face the test of the Shanghai Derby. The two-round knockout match between Shenhua and SIPG will be held on October 18th and 23rd. In the fourth round of the opening season with the Mexican Super League in St. Louis on August 13, Bolanos, wearing the Tijuana No. 10 shirt, made his debut as the team's forward and played the entire game, but failed to score. In other words, affected by the transfer and isolation medical observations, Bolanos has not played a game for a month and a half. He needs to get back to his state as soon as possible and get back the feeling of the game.